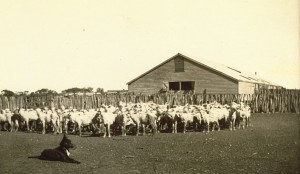 Nuttbush Retreat is just 40 kilometres west of Port Augusta, on the Eyre Highway. It is located on Pandurra Station which is one of the oldest pastoral leases in South Australia. The Nutt Family has owned Pandurra since July lst 1895.

The Pandurra woolshed and original shearer’s quarters were built around 1860 and are now part of Nuttbush Retreat’s authentic outback heritage accommodation and facilities.  The older rooms contain much of the original furniture, in a restored state. 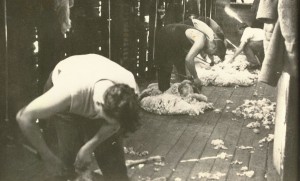 Unfortunately after a 9 year battle with the Department of Defence we lost 50,000 acres and 6,000 sheep due to Compulsory Acquisition of 13th May, 2013. After losing the South End of Pandurra the three properties are now only 800 square kilometres (200,000 acres) carrying 20,000 sheep. We also lost the use of our 4WD self drive tour and our walk to the original Pandurra homestead site.

Modern technology has meant the management of livestock on a large scale has become much less labour intensive, going from one man per 1,000 sheep a century ago to approximately ten times that ratio today. 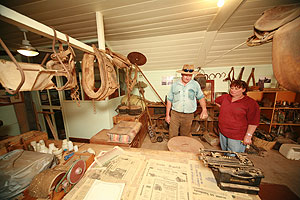 Shepherds were employed to tend mobs of sheep and yard them each night to protect them from dingoes. Many shepherd’s yards were wooden and have deteriorated but one set of stone yards on Pandurra is still standing.

Wool was carted to Port Augusta by camel, horse, bullock or donkey wagons and from there by steamship to Port Adelaide.  It was said that the wool gained enough weight during the voyage to pay the freight.

A portion of Pandurra once belonged to the South Australian Ostrich Coy. and ran ostriches in the early 1900’s. The shed in which the plucking was done is still used as a crutching shed. The hut where the shepherds stayed and later the workers has collapsed but fortunately we were able to salvage the matchboard lining.  In order to preserve the many drawings, names and stories on these boards we used them to line our Woolshed Dining Room and Function Centre.

The location of Pandurra makes Nuttbush Retreat a convenient stop for travellers on the Eyre Highway. You can learn something of our heritage and how the once all important sheep and wool industry has come to terms with the modern world. 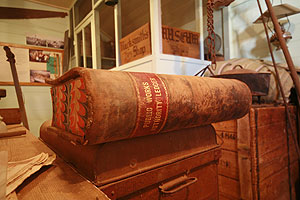 Our museum contains some of the implements which made life a little easier a century ago and photographs of how hard it was for those people who developed a great industry in a harsh climate.

Due to the amount of water now available to domestic livestock, there are also more native animals on the property.  Kangaroos are so plentiful that mobs of 30 to 50 are commonly seen. Emus are also prominent as are many types of birds and reptiles.

Sheep shearing is still the main activity on Pandurra with the main shearing taking place at Pandurra in March.

Nuttbush Retreat was started in 1993 as a diversification project for Julie and Bruce Nutt during the downturn in the rural industry in the hope that it would provide education and employment opportunities for their children.

The complex has developed over the years and is a growing family business with all the five children being involved in some capacity. 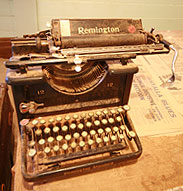 Nuttbush can now accommodate in excess of 90 people in the 6 different types of air- conditioned accommodation and powered or unpowered sites in the ***+ star caravan park.

The facilities at Nuttbush Retreat include, swimming pool, recreation room with pool table and television, BBQ shelter and camp kitchen.

Nuttbush Retreat Woolshed Dining Room and Function Centre is an air-conditioned and fully licensed facility.  The Dining room offers a warm atmosphere and lots of character along with country hospitality and hearty country style meals.

Nuttbush Retreat is suitable for people with disabilities as we have a disabled shower and toilet situated in a large bathroom with custom built features for wheel chairs including handrails and lowered mirrors and hand dryers.  The heritage accommodation has a ramp leading to the rooms, all other rooms have very small steps.  The dining room and function centre has a ramp for the convenience of guests.

Nuttbush Retreat is great for families and groups as guests can learn about the heritage and outback lifestyle whilst staying at Nuttbush Retreat.  Families can feel secure at Nuttbush Retreat as there is a lot of space for the children to play.  We cater for children of all ages by having a cot which we can put in the room as required, we also have a children’s menu and high chair in the dining room, a baby bath is also provided in the laundry for the convenience of parents with young children.

Nuttbush Retreat accepts dogs provided they are kept on a leash at all times.  No pets are permitted in any buildings at any time.  This is for the safety of our stock and courtesy for other campers.

The Nutt family hope you enjoy your stay and that you take advantage of the peace and quiet and relax in the tranquil setting.

For more information please contact us at NUTTBUSH RETREAT. 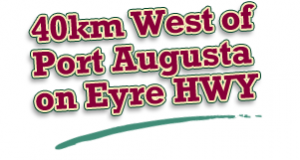 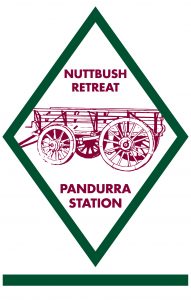